This agreement contains all of the terms and conditions between and the individual player, herein referred to as the "Client." "Client" is defined as a person who has created a new account. may modify any of the terms and conditions contained in this Agreement, at any time and at our sole discretion, by notifying the Client via email, or by posting a notice or a new agreement on our website.. If any modification is unacceptable to the client, they may terminate this agreement and close their account. Your continued activity in your account in the program following our posting of a change notice or new agreement on our website will constitute binding acceptance of that change.

Accounts Conditions of Use

Acceptance and Validation of Wagering:

Player must wager from funds that are in their Player accounts. All wagering is void if on review the Player has never successfully deposited funds or Funds Transfer into their respective Player account. After deposit, your total bet must be more than 100% or equivalent of your deposit amount, or we will unable to apply for withdrawal, please make the deposit amount on demand.

www.EASY2WIN.com cannot cancel wagers once they have been confirmed by EASY2WIN in your account, unless the wager is declared void or due to incorrect results & settlement for reasons outlined in these Terms & Conditions.

Despite every effort to ensure total accuracy, we do not accept responsibility for any errors or omissions in respect of information provided on the Website.

Stakes will be deducted from your account at the time of placing your Bet, no matter when the result is determined. EASY2WIN cannot refund Bets placed on games where Bets have been purchased for future draws that have not yet been resolved. Such Bets will be resolved upon completion of such games and winnings, if applicable, credited to Players accounts at that time.

You agree that EASY2WIN and its records shall be the final authority in determining the terms of any wagers you place and the circumstances in which they were made.

Any applicable taxes and fees in connection with any winnings awarded to you or any other payments to you are your sole responsibility. EASY2WIN may report and withhold any amount from your winnings in order to comply with any applicable law. Winnings cannot be transferred, substituted or redeemed for any other winnings.

A minimum stake, dependent on the particular Game, will apply.

Automatic playing of Games by software or any other manipulation of the Games or your/another Player's account data are strictly prohibited and may result in termination of your membership, deletion of all associated accounts, the cancellation and/or confiscation of any outstanding prizes and deposits and civil/criminal prosecution. In addition to the above, you agree that the Company has the complete and unfettered discretion to terminate your account for any reason whatsoever and, without limiting the generality of the foregoing, should it be of the opinion that your participation in the Website, or any games offered therein, is detrimental to the principles under which it operates the Website. You hereby waive any and all recourse against the Company for any such termination. You acknowledge that full freedom from errors or incompleteness is impossible to achieve with respect to computer software. Should you become aware that the software contains such error or incompleteness you undertake to refrain from taking any advantage whatsoever thereof. Moreover, promptly upon becoming aware of such error or incompleteness you shall notify EASY2WIN in writing. Should you fail to fulfill your undertakings under this clause, EASY2WIN shall be entitled to full compensation for all costs, including costs for rectifying the software that may arise out of your omissions or actions in taking advantage of such errors or incompleteness. You agree that the Company is not responsible for any damage, loss, or injury resulting from tampering, or other unauthorized access or use of the Website or your account. Any attempt by you to gain unauthorized access to the Website's systems or any account, interfere with procedures or performance of the Website or games, or deliberately damage or undermine the Website or Games is subject to civil and/or criminal prosecution and will result in immediate termination of your account and forfeiture of any and all prizes to which you may have been otherwise entitled to.

Wherever possible, EASY2WIN endeavors to ensure the full protection of all its Players and their Bets. However, there are certain events that are beyond EASY2WIN's control. Should you become disconnected from the Website (for whatever reason), act of Gods, EASY2WIN cannot be held liable for any losses that may result there from. Should a Player be disconnected after placing a wager and before the game is played, the results of that game will still be displayed on the Players account and any winnings or losses recorded accordingly.

By placing any further Bets with EASY2WIN, the Player accepts the results of any previous Bet. As such, the results of the previous wager are hereby deemed no longer in dispute and no refunds or other adjustments will be granted.

EASY2WIN reserves the right to withhold winnings and void wagers if a Player manipulates the games in a fraudulent manner or the software itself malfunctions.

No Representation or Guarantee 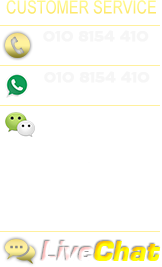